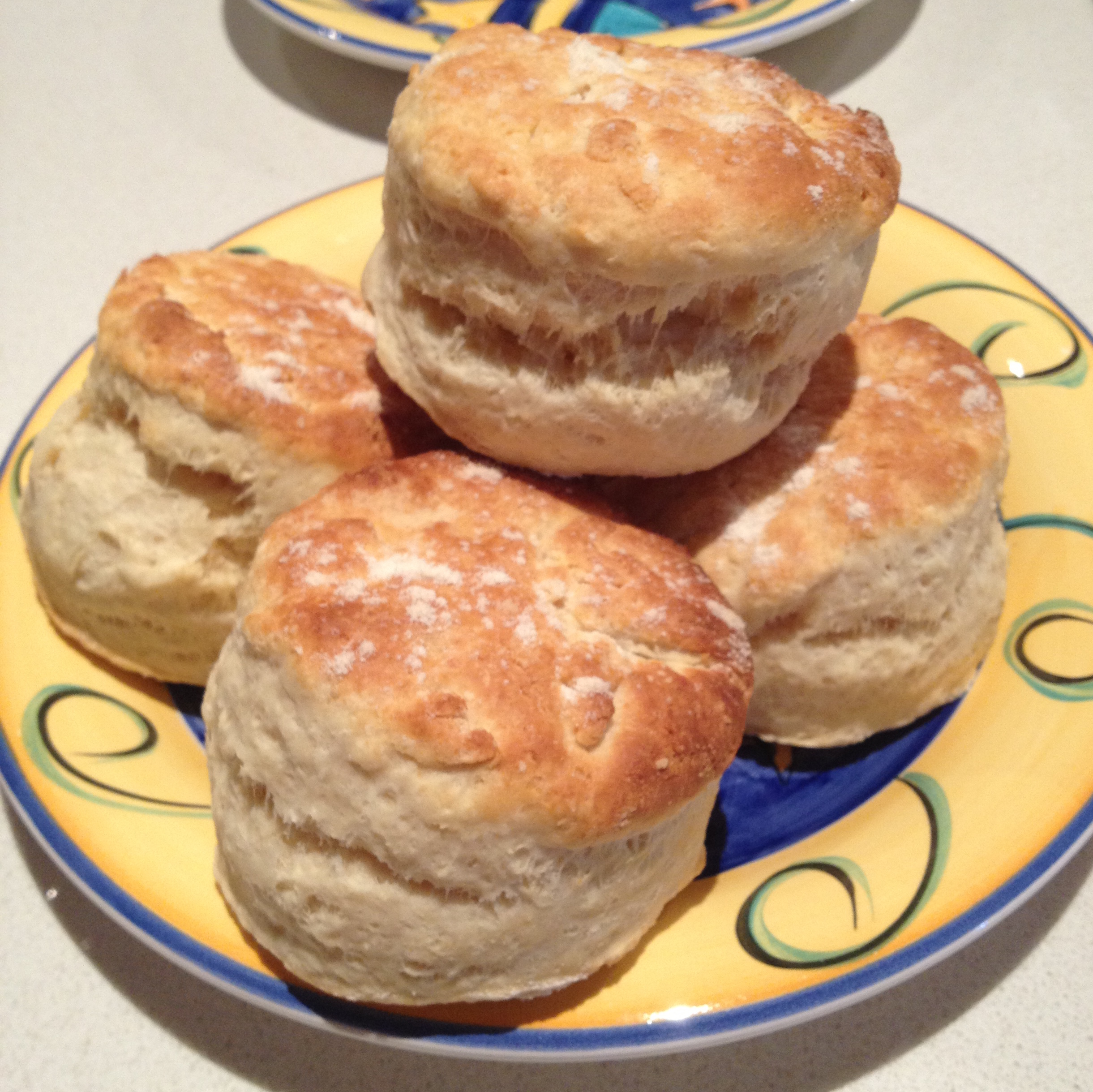 Half the fun of traveling can be trying new foods… depending on the location. I can’t say I jump at the chance to eat fried guinea pig in Peru or fried brain in Serbia. In Australia, the craziest thing I have tried so far is Kangaroo. It was weird… and did not taste like chicken. That aside, I am not a huge foodie but I do like my sweets.

Here are just a few common Australian food, sweets and spreads I have tried on my travels…

Scone: Australians say scone… Americans say biscuit. Australians eat these things for dessert… while Americans eat them for breakfast. Either way… they are far from healthy.

So how do Australians eat scones (biscuits)? They cut them in half then put a layer of jam on each piece followed by a layer of whipped cream. Sounds pretty weird if you’ve never tried them that way but it’s actually pretty good!

For our Australian readers…how do Americans eat scones (biscuits)? We make a breakfast sandwich out of them! We’d cut it in half then throw on any combination of cheese, egg, sausage, bacon or ham… if you live in the south you could even eat them with gravy…

I’d say we beat the Aussies in making them more fattening.

Vegemite: Holy hell-can it be disgusting. Let me give you a little heads up so you avoid the mistake most people make when trying it for the first time… It is NOT peanut butter, jam or butter.

The more you throw on your toast, it will not-I repeat-it WILL NOT taste better.

Less is more with this evil salty spread unless you want your face to turn inside out. If you avoid the mistake of slathering it on-it’s really not all that bad but I’d still say it’s an acquired taste. You either grow up with it and love it or you wonder what the heck is wrong with some people’s taste buds.

Still interested in trying Vegemite? When the Captain made toast for me he threw some margarine on first then a THIN layer of vegemite on top.

I have just learned there is something called a cheesymite scroll, that is a spiraled baked bread with vegemite and cheese.

I have never had it-but now that I know it exists I may have to try it on the next trip!

Meat Pie: Yep. It sounds gross doesn’t it? Apple pie, yum. Pumpkin pie, yum. MEAT pie? Let’s say I was more than skeptical on this one.

So what is it?

You’ll find them mainly in cafes and bakeries; they are a great takeaway (takeout) option if you’re on the go. Meat pies are hand-sized and are filled with all sorts of good stuff, usually minced meat and gravy but there are many filling combinations. Once you get past the name-they are pretty damn good! Warm, flaky, meaty, gravy filled pies… yum.

A common condiment paired with meat pies is ketchup… but if you ask for ketchup you’ll be looked at funny. Ask for tomato sauce and you’ll avoid sounding like a tourist… minus the accent of course.

Beetroot: I’m not sure I’ll ever understand the beetroot obsession. I can’t say I had ever tried it before visiting Australia either. Australians will throw it on burgers, salads and sandwiches… Usually when I find it in my burger or sandwich, I’ll get a few bites in then find myself picking it out of my sandwich. I don’t hate it… it’s just strange, not sure how else to describe it.

The added bonus… it can stain your clothes and fingers purple. Sexy stuff.

Lamington: These things are weird but the Captain has told me they are a pretty standard Australian dessert, one that makes an expected appearance at most holidays or get togethers. He bought them on my last trip and he insisted that we freeze them-he swears they taste better that way.

So what the heck are they? They are little square, two layer cakes made from what I think is sponge cake. Between the two layers was a layer of jam and the entire outside was covered in a very thin layer of chocolate sprinkled with coconut. He did tell me that some have a layer of cream in the center rather than jam.

They were pretty good but they weren’t my favorite. For a sweet tooth… I would have been happier if there was a thicker layer of chocolate!

Maltesers: I must confess. I am a Malteser monster.

Although I have heard you can find them in Canada and parts of the U.S. they are not easy to find. In Australia they are about as common as Reeses Peanut Buttercup are in the U.S. They are every where.

Maltesers are made by Mars, Incorporated and are small, round, bite sized chocolates that have a center made of malt honeycomb. Love them.

For those who are thinking it… They are NOT Whoppers. Whoppers are disgusting… Maltesers not so much. If you are lucky enough to find them in the U.S.-grab ‘em!

Tim Tam: I am a fan of Tim Tams. The Captain tries to stay away from sweets but this is one of the first he wanted me to try. They are a biscuit (or cookie as we’d say) and they are made up of two chocolate biscuits, separated by a layer of chocolate filling and coated with chocolate.

They are very common and easy to find. Tim Tams can be found in several different flavors too. I’ve seen white chocolate, dark, caramel, orange, original… My favorite is the chocolate/orange combo.

Caramel Slice: Evil layers of yum. I was first introduced to these in Townsville, Australia by the Captain. They are hands down my favorite.

If you have a sweet tooth, these things will destroy it. Layer of soft chocolate, caramel and a shortbread base. Sometimes the base will have coconut in it… which just makes it that much more evil.

These are not the type of dessert you could sit and eat several of in one sitting-they are heavy. I have made them several times at home now and have introduced my family to them in the states… they curse me every time I bring them to a family holiday but the plate always comes home empty!

And we all leave 10 pounds heavier.

Interested in making them? The recipe I use can be found here on Taste.com.au. There are a couple of things I do different though since some of ingredients are hard to find in the states.

If you are unable to find golden syrup you can use honey (although it will change the taste slightly).

For the top chocolate layer, copha might not be so easy to find in the U.S. so I substituted it with a recipe I use to make the center of my truffles. I’ll take a half cup of heavy cream and add a teaspoon of vanilla extract, bringing it just to the point of boiling I then remove it from the heat. Then I add a cup of chocolate chips, mixing until it is melted. Once it is melted, I pour it on top of the other two layers then place it in the fridge to harden.

These things are so worth the effort. If you give them a go, let me know how they turned out!

If you have any suggestions on other Aussie foods I should try, let me know in the comments below. I will be adding new foods as I try them, so keep looking back for updates!