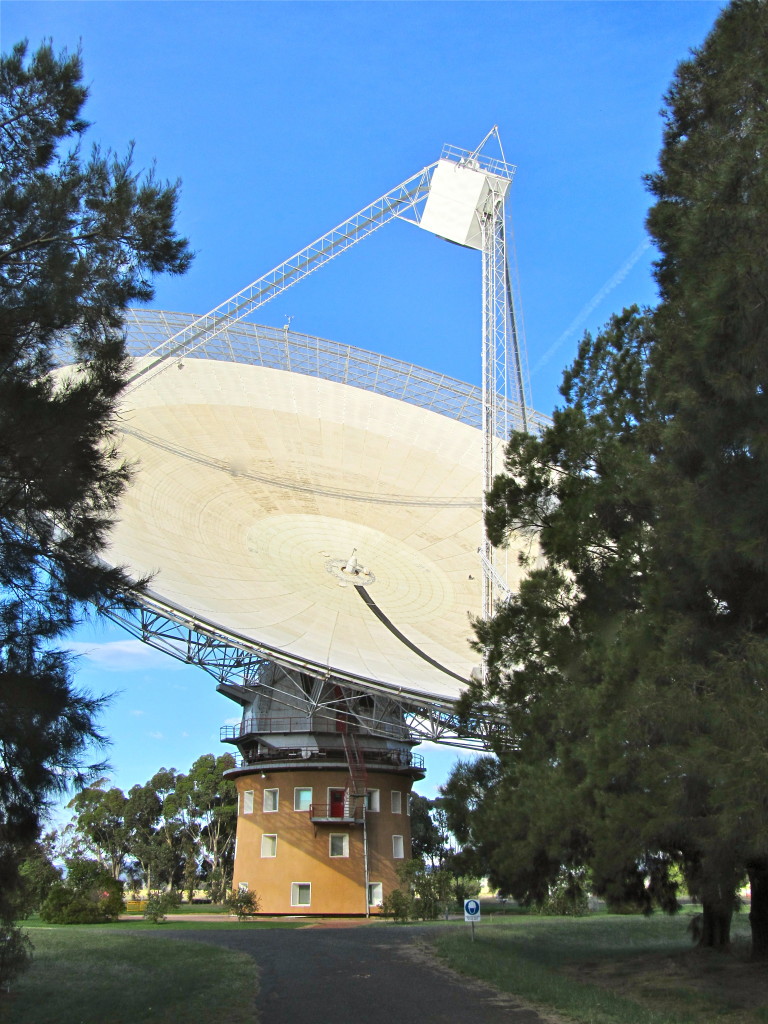 July 20, 1969 six hundred million people worldwide sat glued to their televisions watching as Neil Armstrong emerged from Apollo 11. Making his way down the ladder, Armstrong’s feet finally made contact with the moon’s surface. What followed were his famous words, “That’s one small step for man, one giant leap for mankind”. Joined by Buzz Aldrin, the two men walked, hopped, and loped across the desolate landscape in ghostly black and white images.

In the short 2 ½ hours they spent on the moon’s surface, they worked fast to collect soil and rock samples, took photos, and raised the American flag. They also received a phone call from then president, Richard Nixon, who described it as “the most historic telephone call ever made”. The success of this historic event, which fulfilled the late John F. Kennedy’s mission to put a man on the moon before the end of the 1960s played out on live television for all the world to see. 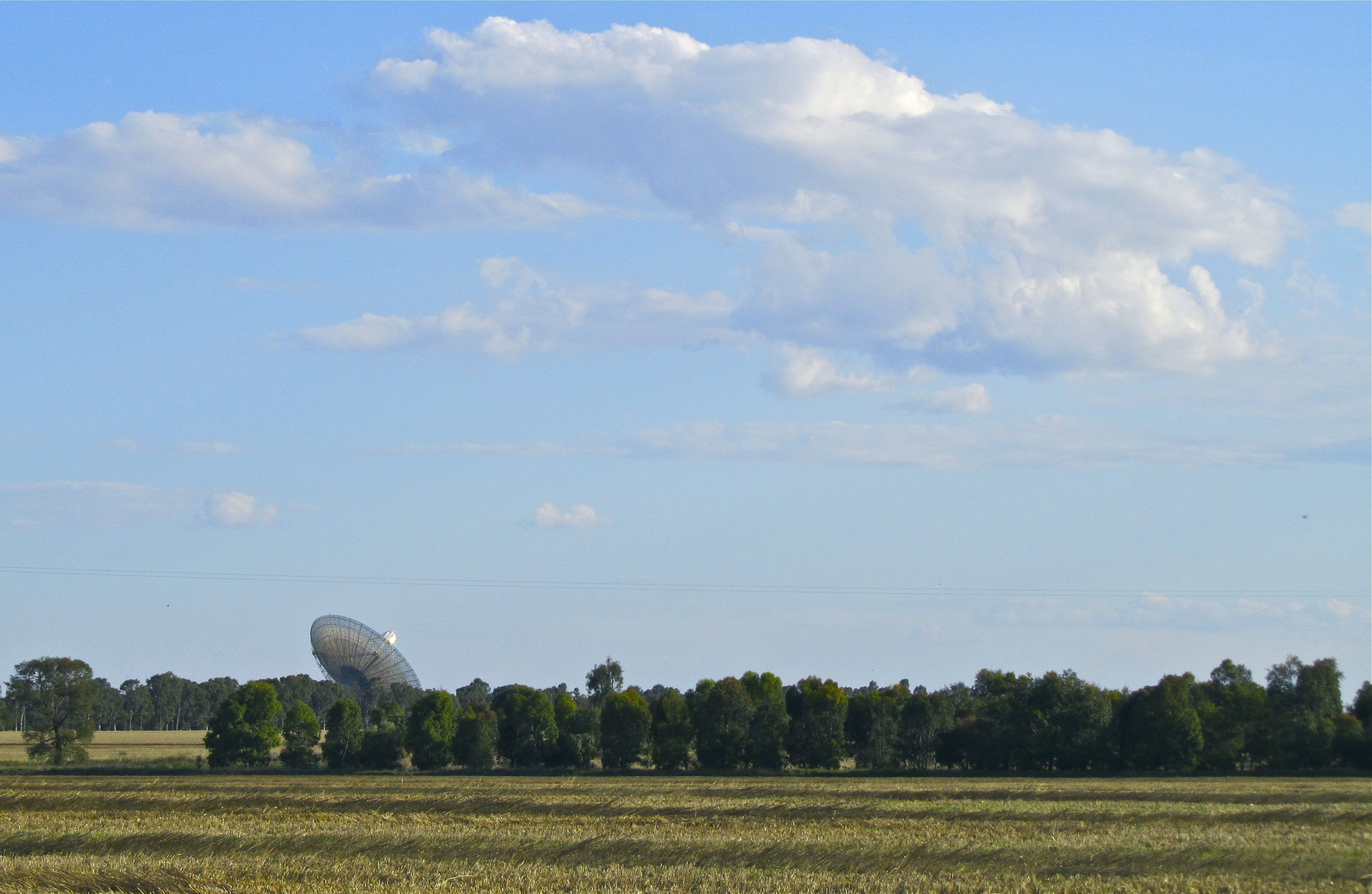 Driving through New South Wales, seven miles north of a small town called Parkes, I noticed a dish towering over a cluster of trees just off in the distance. Miles of flat open land stretched out around it, covered in a grass that gave off a golden glow in the late afternoon sun. Something about it just seemed so out of place-it really was in the middle of nowhere. Parking in the visitors’ lot, I couldn’t get over how enormous the Parkes Observatory was, and the more I got to know about it, it just continued to become even more beautiful.

The Parkes Observatory telescope was completed in 1961 with a 210ft movable dish. It is the second largest in the Southern Hemisphere and is still considered one of the best in the world. Although it has been involved in tracking many space missions over the years, its biggest claim to fame came in 1969 when NASA reached out to Australia asking for help with the Apollo 11 mission. NASA needed stations that could track Apollo 11 while the moon was over Australia. 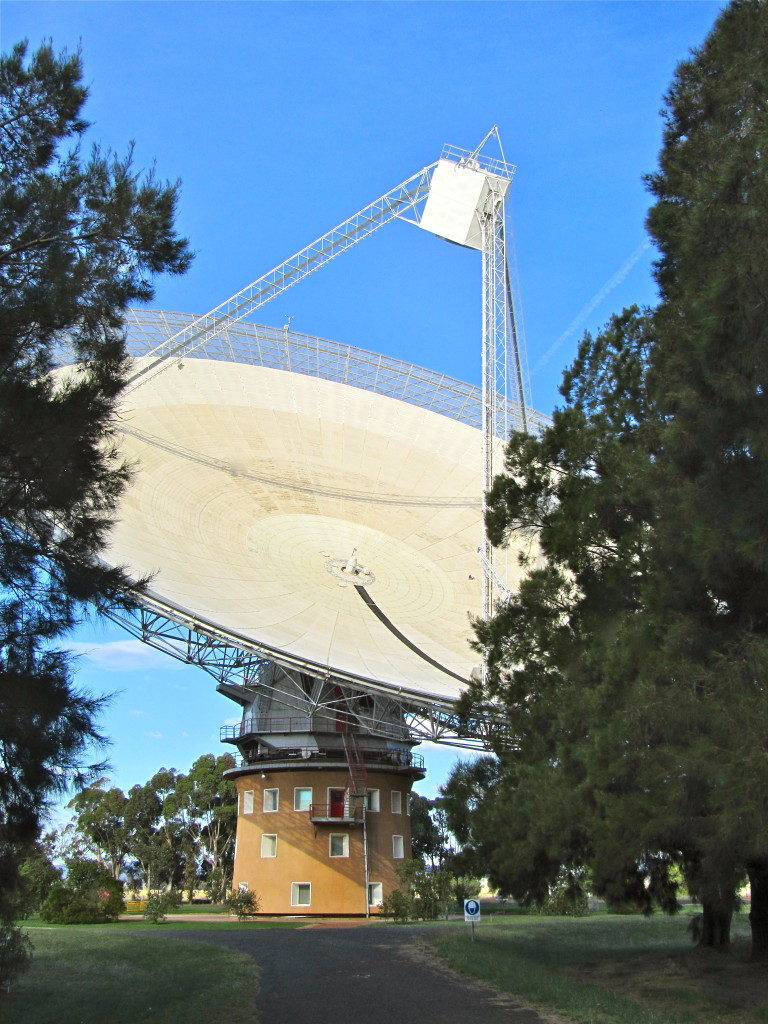 A total of three stations were used to track Apollo 11 while also relaying communication to NASA for the live broadcast of the landing. Originally NASA chose the Goldstone station in California and Honeysuckle Creek near Canberra, Australia as the main receiving stations. The Parkes Observatory was only supposed to be a backup station incase the other stations were unable to pick up signals from Apollo 11. However, that all changed when NASA realized the moon would be directly over Parkes Observatory when Apollo 11 was scheduled to land. Parkes then went from a backup to a main receiving station for the mission.

When the cameras on the Lunar Module were triggered all three stations picked up the signal. It was then up to NASA to bounce between each station to see who had the best coverage of the landing. The first eight minutes of the broadcast were carried by Honeysuckle Creek until NASA saw the quality of the images coming from Parkes. For the rest of the 2 ½ hour live broadcast, NASA stayed with Parkes’ signal. This made Australia the first to see the images seconds before the rest of the world. Due to the success of the Parkes’ telescope, NASA went on to build three telescopes for their Deep Space Network matching Parkes’ design.

Walking around the grounds of Parkes Observatory, I couldn’t help but imagine the excitement that went through the small town. Not only were they a huge component in the broadcasting of the Apollo 11 landing, their design went on to directly influence NASA’s program. It was definitely a huge accomplishment not only locally but for Australia as a whole.

The Parkes Observatory is just one of the many beautiful stops I would have never known existed if it weren’t for a little detour in my travels due to curiosity. With the success of Apollo 11, the stars were no longer out of reach of human contact. This one mission opened the imaginations from the young to old from 1969 to today. In that short 2 ½ hour live broadcast, all of those watching worldwide became one-we had done it. 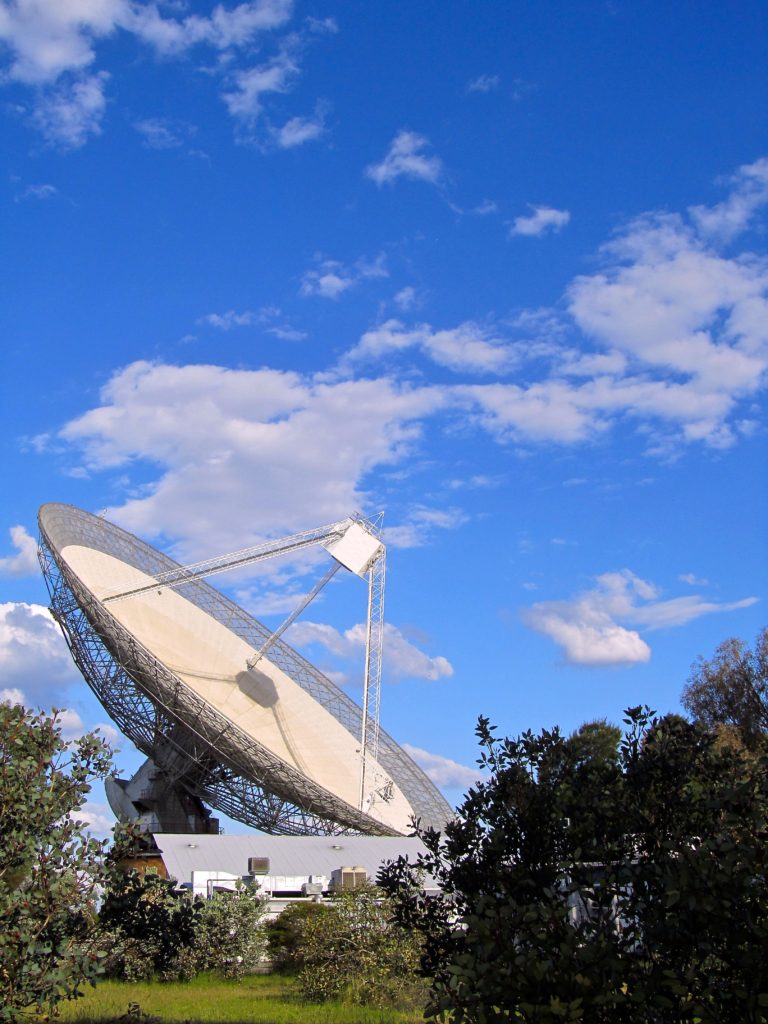