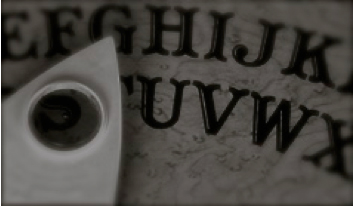 Today it is almost impossible to find a channel without a show that revolves around the paranormal. Every time we turn around there’s a new series that shadows a paranormal group as they investigate unexplained sights and sounds under the green glow of an infrared camera. Armed with an assortment of gadgets, the investigators claim to use science and commonsense to prove or debunk believed paranormal activity.

Due to the popularity of these shows, new paranormal groups have popped up everywhere, while thousands flock to attend lectures, conventions, and ghost hunts looking for an experience of their own. It was just ten years ago having a ghost story would be enough to be labeled crazy, where today it seems as though everybody has one. Ghosts and hauntings are no longer stories saved for around a campfire.

However, this isn’t the first time the need or belief in communicating with the dead has been popular. In March 1848, the Spiritualist Movement was born in Hydesville, NY when two sisters claimed to make contact with a peddler who had supposedly been murdered in their home. Kate and Margaret Fox would ask for knocks from the spirit in response to their questions. When unexplained rappings came from the walls, witnesses were left completely baffled.

It didn’t take long for news of the Fox sister’s supernatural talents to spread throughout their town and eventually the country. Shortly after, they began touring as mediums holding public séances and lectures. As the popularity of these events grew, thousands of believers flocked to mediums to attend séances in hopes of contacting their lost loved ones.

The Spiritualist Movement saw two spikes in popularity: following the Civil War and again following World War I. Many believe it is due to the fact our ancestors were being exposed to the harsh reality of war through photography. Although photography was used to document some battles before the Civil War, they weren’t as extensively covered. War was no longer just some romanticized event rendered in an artist’s work. Our ancestors were being bombarded with gruesome pictures from the battlefields and left mourning the tragic loss of their loved ones in large numbers.

Mixed with our age-long curiosity in life after death, Spiritualism gave our ancestors some comfort. It was a movement that was founded on the beliefs that life existed after death, our spirits went on to a better place, and that they could communicate with the living. By going to a medium, there was a sense that their deceased loved ones weren’t really lost. These beliefs appealed to a wide variety of people, even Abraham Lincoln’s wife Mary Todd Lincoln was known to seek the help of mediums following the death of their young son Willie.

Unfortunately, the fame and fortune mediums were receiving began to attract frauds who were looking to take advantage of those who were grieving. Desperate to believe, some were blind to the trickery pulled by those looking to make a quick buck. During this time, many people stepped forward looking to expose the frauds, including Harry Houdini.

Houdini became interested in the Spiritualist Movement following the death of his mother. After attending several séances in hopes of making contact with her, he discovered the mediums were playing basic parlor tricks on their trusting audience. Using his knowledge as a magician, he made it his mission to expose those who were making a living off of deception while hoping to meet a medium he could not debunk.

After years of being scrutinized by skeptics, with a majority of mediums being exposed as frauds, the Spiritualist Movement’s popularity began to dwindle. The final blow came when one of the founders, Margaret Fox, denounced Spiritualism as “an absolute falsehood from beginning to end” where she went on to publicly display how her and her sister played on the imaginations of their audiences. A year later, she tried to recant her confession; however, at that point the damage was already done.

Today, even with all of our technology, I can’t help but wonder if we are really any closer to discovering the truth putting all of our faith, some blindly, into equipment like our ancestors did in the past with mediums. Like Houdini, even though I have become more and more skeptical over the years, there is still something in me that wants to believe. Call it human nature or chalk it up to some of the experiences I have had that I still am trying to wrap my head around. After six years, I am still looking for that one piece of evidence that will no longer leave me questioning.