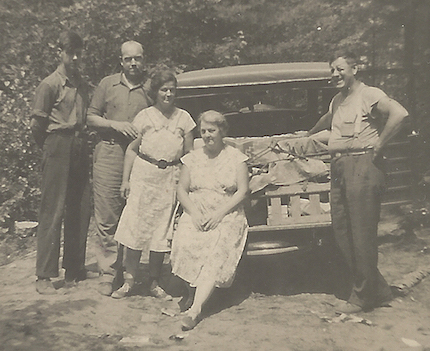 Searching for our ancestors can be just as frustrating as it is rewarding, especially when you hit a dead end. There are times you will be fortunate enough to have the name of your ancestor and still have no luck finding their documents.

How can this be?

Below is a list of things to consider when researching that stubborn ancestor.

Full names: When interviewing family members about your ancestors, be sure to ask them for first, middle and last names. Also, be sure to ask if the spelling is correct to the best of their knowledge.

When you surpass your family’s memory, you will find yourself facing the challenge of learning the names of unknown ancestors through documents. In this case, it is just as important to do your best to find the full name of your ancestor.

Why is my ancestor’s full name so important?

If your ancestor has a common name, it isn’t uncommon to find several people with the same first and last name living within the same time period, in the same area. Having the middle name-even just the middle initial-will help narrow your search and provide you with more concrete findings.

Why search for my ancestor under their middle name?

Funny enough, our ancestors weren’t very formal when it came to record taking. It isn’t uncommon to find ancestors going by their middle name instead of their first name-even in official documents. This is especially common in census records. You may even find your ancestor frequently interchanges between both first and middle name from record to record.

Why would my ancestor go by their middle name?

Why would I search for my ancestor by their initials?

Searching by initials can be helpful since many times, that is all that is used in records. This is especially true on census records and can be common on military records. Try all four variations in the example above when searching and you just might find your ancestor hiding in a document after all!

Nicknames: No luck with full name, middle names or initials? Try searching for your ancestor by their nickname.

Why search for a nickname?

Just like middle names and initials, it wasn’t uncommon for our ancestors to go by nicknames in official documents.

What if I don’t know of a nickname being used?

Look at your ancestor’s name. Give it your best logical guess or guesses and search. Can’t hurt to try!

Abbreviations: Yes, there are more options to search! Many times I have found my ancestors names abbreviated on documents (census, military, death certificates, etc.)

What names are commonly abbreviated?

You would be surprised by how many names have abbreviations beyond nicknames. Some of the most common ones I have come across are Jno. (John), Jas. (James), Chas. (Charles), Marg. (Margaret), Sar. (Sarah) and Thos. (Thomas).

Spelling Variations: Since this doesn’t really work with the name William as an example… let’s use my name. My first name is Kristin. Let’s say I was your ancestor and you tried looking for me using all the options listed above and still you found nothing. You could then try searching for variations of my name.

Why should I search for spelling variations?

Name Spelt Phonetically: Let’s say your ancestor has a name that isn’t common. How might you spell their name phonetically?

Why is this important?

In many cases there are documents that your ancestors did not fill out themselves. In this case, the person responsible for filling out the record may have spelt your ancestor’s name by sound. This is a common problem when it comes to foreign or unique names and can pose quite a challenge when it comes to searching for documents.

Consider all phonetic variations and try searching. It may seem like a needle in a haystack but sometimes the extra effort pays off.

Transcriber Error: Still having trouble finding your ancestor? Sometimes you will find transcribers have misread the documents they are adding to internet databases.

Many transcribers do not get paid for their time-they are amazing people who work hard to get documents online. However, they are also human and at times make mistakes. It could be as simple as a typo or they have misread the document.

Old cursive documents can be near impossible to read. Think about it, sometimes E’s look like I’s or vise versa, U’s can look like N’s or vise versa and so on. Look at your ancestor’s name. What letters may have been misread by the transcriber? Pull those letters out, add the possible replacements and see if anything comes up.

Name Changes: Be sure to ask your family about any known name changes, especially concerning last names. When it comes to researching an ancestor be ready to search for them under both names.

Example: Let’s take a look at my great grandfather, Abramo Biajo Donato Cautilli. When he came to the states with his family, the spelling of his last name got changed to Cantelli. Possibly a record taker error-who knows.

From there, Abramo hated that people in the U.S. called him Abraham. For his confirmation, he took on the name Biajo so he could call himself Joe. From then on, the man born as Abramo Cautilli became Joseph Cantelli.

Although the list of search options above may sound like quite the task to take on, having the patience to search each possibility can really pay off. Be patient and focus on one ancestor at a time!

If you have found the suggestions above to be helpful in your own search or you have any search suggestions you like to add to the list, please comment below!