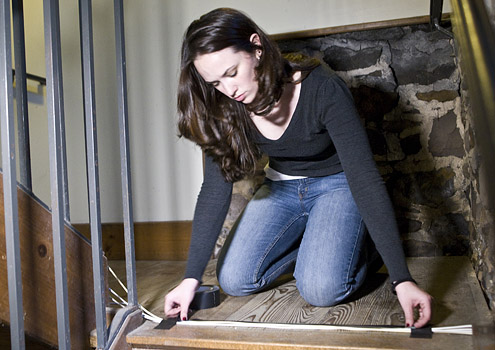 What can I say… I received an email from Kim Thurston – a fan of the para shows I previously worked for – containing three questions… and although I have avoided para talk like the plague for the last several years – I felt like responding.

Maybe it’s my return to the USA that’s got me in a good mood? 😉

Instead of answering Kim directly through email – I decided to share my answers here for anyone with an interest in reading what my silly ass has to say.

That said… here we go!

First Question: “Did you ever see a no doubt, clearly seen, absolutely, positively, clear as day, “ghost”? During 18 years as a police officer in the south, I have been in many civil war era homes and some used as hospitals that the owners say are haunted, but I never have seen anything. I do believe there are such things but my belief is they are more interdemensional beings somehow and in some cases actual demons presenting themselves as “harmless ghosts”

No, I have never seen a “no doubt, clearly seen, absolutely, positively, clear as day, ghost”. Not once. I have seen and experienced odd things – shadow figures, disembodied voices and the like – however I still am not sure what I had seen or what I experienced nor do I feel comfortable labeling something I do not fully understand. There is still the chance my past experiences could be explained.

I will be completely honest and say, as soon as I hear “interdimensional” and “demons” my eyes glaze over and I tend to lose all interest. In the 4.5 years I had actively looked for signs of paranormal activity, I had never encountered anything – not one thing – I would dare classify as demonic.

Does that mean I don’t believe in the possibility of demonic activity? Currently – having no experience with it personally – I leave some room for an open mind… However, with how freely and often the words “demon” and “demonic” are thrown around these days – they hold little weight for me. Its like the whole “boy who called wolf” story. For that reason – the mention of such things are more likely to receive a queit eye roll from me instead of fear or interest.

Unless of course, the stories come from investigators I trust whole-heartedly – who don’t throw such terms around willy-nilly.

As far as recreating – I have not been involved with recreating or faking anything regarding paranormal experiences.

However, once the investigation session was finished in a room the filming crew might have asked us to re-enter or exit a room if they missed it. Had they not caught one of our questions during an EVP session – they might even ask us to repeat it. But that was the extent of interference or “do overs”.

With the clients, who were not used to being in front of a camera, there could be a lot of stop, starts and do overs… This did not interfere with evidence or our investigation at all since they were simply telling us the story of the location, claims, etc. However, once the investigation started – it was usually on our (investigators) terms.

I say usually because GHI was very different from GH – unlike GH it was more production lead.

If I happened to experience something odd and the cameras did not catch it  – I did not recreate it. If the experience was worth mentioning (was similar to a client’s experiences, etc.) I might mention it but under no circumstances would I do a “do over”.

Third Question: “Do you still do investigations for fun or as a hobby?”

Unlike other investigators – investigating was not something I was into my whole life. It was not a love or a passion. My family always enjoyed sharing odd stories we experienced over the years and had an open mind – but I didn’t live for the paranormal.

I lived for history. My father has always been a history nut and it rubbed off on me at a young age. Then I got into genealogy at the age of 11 – from there my history obsession only grew.

When I was asked to join GH by Jason and Grant – as much as I appreciated the offer – I turned down the opportunity several times. Like I said, I had an open mind and my family and I had stories… I just had no interest in being seen as a “ghost girl”.

When I finally agreed to join the team – it was following a year I had lost 5 family members and friends in 11 months. At the age of 26, I had not experienced the death of a family member since I was 4 years old. I had not grown up in a church, I had no faith background to fall back on – I found myself lost.

To be honest, I was absolutely broken.

At that point – joining the team became a need. I needed to know there was more to death – I hoped that we didn’t just end. So, when I finally agreed to sign on – even though I didn’t want to be a “ghost girl” I put everything I was into being what I needed (hopefully) for others… an honest voice.

I knew I wasn’t the only one struggling with the death of a loved one, so I wanted to be as honest and straightforward as I hoped someone would be with me on the topic.

That said – by the time I tapped out in October 2011 (the last show I filmed) and 2016 (the last event I had done) I felt the field in general had changed so much – I couldn’t stomach being involved.

As I said above – the word demon and demonic were thrown around like the words “if” “and” and “but”. Skepticism seemed to have been tossed aside completely and those who questioned were verbally beat down and unfairly written off as non-believers and haters.

So, I removed myself for these reasons (along with others).

I had tagged along on one investigation with a friend in 2016 (it was the first investigation I had been on without cameras) for fun. It was nice to be back with friends – a little visit to the past of sorts.

Outside of that, I have spent the last nearly eight years focusing on the living – which is something most of us don’t do nearly enough…

I hope this answered your questions Kim, and I thank you for your support and kind words. I would also like to say – as I always do – I can only speak for myself and my own personal experiences.

I ask that you please keep that in mind when reading my answers.

Hope everyone is having a happy Monday!!! I cannot tell you how amazing it is to be back in the USA! 🙂